​Thank you to the following for our 2019 Donations: 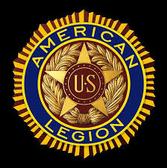 For up to the minute information on practice cancellations or any other info go to our facebook! click the lOGO Below

CHECK OUT OUR NEW TEAM APP!!

​​15s PRACTICES ARE WEDS AND THURS

CHECK OUT OUR FACEBOOK FOR UP TO DATE INFO​

Thank you american legion w.h. nauss post 143 for supporting our love for this sport for 2019!

Coach Earl is a former player for the

Harrisburg Mens Rugby Club and has

been a long time coach for West Shore.

He is always there to work with our

forwards one on one and puts a lot of

work in behind the scenes.

Message from Coach Joe
Hello to all Players and Parents,

My name is Joe Delicati I am the President of the West Shore United Girls Rugby Club and I welcome you to our site. Rugby is the fastest growing sport in the United States and more new clubs and teams are started every year. West Shore United Girls Rugby was created in 2006. The team started as a small rugby team with very little equipment and coaching staff. Today the club has grown to a team which has players from all over the West Shore School District and central PA, with a full coaching staff and a functioning Parents Committee. With the help from local buisnesses and our sponsors we have been able to have updated equipment and have also had the opportunity to attend HSRCs the High School 7s championships for the past 5 years and we head back their this year as well!

Rugby is a very addicting sport and I have watched it change my players lives as well as my own. The sport of Rugby has had positive impacts on many of our alumni who have continued playing rugby after high school and our girls have gone onto college playing at colleges such as Kutztown, Millersville, West Chester, Penn State University, Queens, Tulane, and even the US ARMY War College. West Shore United gives player from the area, from different schools to come together and form bonds and friendships and become a team. We play teams from all across the East Coast and even the Country.

In 2014 the West Shore United Girls made history with their first ever undefeated regular 15s season and by winning the 2014 PA State D2 Girls Championship! 2015 we continued that amazing season with another undefeated 15s season. Then capped it off with a second state title in two years, becoming the 2015 RugbyPA DII State Champions! This 2018 Spring Season showed that heart truly brings teams together. The West Shore Girls had to big come back from behind victories in the State Semi Final and the State Championship match to earn their 3rd D2 State Championship Trophy and be crowned the 2018 Rugby Pennsylvania D2 State Champions! Wish us luck on the upcoming season!

The hard work and dedication that these girls rugby team has shown me this season  both on and off the pitch, makes me proud as a coach, and I known the parents and family's were as equally proud.

From our coaching staff and our team, we welcome you to the West Shore United Girls Rugby Club.

Coach Joe was the Head Coach for 7 years and coached this team for 9 years total. He has led the team to 2 Pennsylvania State Championships. He also sits as the Girls Divisions

Coach Lauren is a WSU Alumni. She played for Penn State Womens Rugby and won 4 National Championships and won multiple National 7s Titles as well. Coach Lauren has also coached the Rugby PA JV All Stars this year and took them to a state tournament win.

Coach Kathleen is a West Shore Alumni and one of the first players. She has coached West Shore to the 2018 PA State Championship win and she also played for Penn State Womens Rugby and won 4 National DI Championships

Welcome to the home page of the west shore united girls rugby club!!

Our club plays in the D1 Girls U19 Rugby bracket of Rugby Pennsylvania. We have a competitive spring 15s season and a competitive Fall 7s season. And lots of fun tournaments throughout the off seasons to keep our players in shape and playing an amazing sport!

Coach Dave is a WSU Boys alumni and

Rugby Club. Coach Dave has been

coaching the girls for 5 years and has

been with the team for 2 State Titles